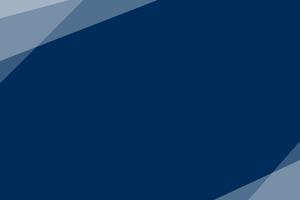 Much hard work has already been undertaken to determine what is required for our region and now it is time to have a frank conversation on how to deliver this key infrastructure ASAP.

“It is important for the community to have a voice in determining whether we wish to adopt alternate funding mechanisms for infrastructure or to remain in a state of underfunded infrastructure and gridlock”. – Tony Riddle (Chair, RDASC Committee).

Ongoing debate about priorities needs to make way for proactive and constructive discussion and action on how we (all levels of government and the community) can combine with the private sector to can bring these projects to fruition. RDASC has drafted a discussion paper to start the conversation on the Coast’s transport infrastructure. Read the full Sunshine Coast Transport Discussion Paper.

“We require a transport system that will meet the needs of the community, foster economic prosperity and sustainability into the future – as population growth and driver behaviour has and will continue to contribute to increased congestion and frustration”. – Darrell Edwards (CEO, RDASC).

RDA Sunshine Coast held a forum in November 2017 in the hope it would lead to more commuters abandoning their cars and embracing a more efficient, cost effective and sustainable transport system. RDA Sunshine Coast CEO Darrell Edwards said the region faced many transport challenges, and we must advocate for public and SMART transport solutions (modal shift) on the Sunshine Coast, and the potential development of/or uptake of an existing Ride Share App. Employers are critical to influencing employee behaviour given investment in parking infrastructure, flexible working hours and ability to incentivise behavioural change.

Population growth and driver behaviour will continue to contribute to increased congestion and frustration. Infrastructure is inadequate to cope with the demands of a rapidly increasing population, which was expected to grow to about 514,000 by 2036. While we wait for the delivery of infrastructure we can all reduce our congestion footprint by better planning of our trips and adopting alternate transport solutions.

MOST Sunshine Coast people believe upgrading the Bruce Highway is the region’s most critical transport infrastructure priority, according to a survey carried out by Regional Development Australia Sunshine Coast. 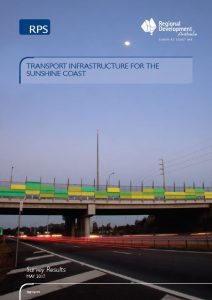 Residents also say they would happily use public transport, and take the train to Brisbane, if it was more efficient, faster and more reliable.

They ranked the upgrade of the Sunshine Coast airport to international status as the region’s least pressing priority.

RDA Sunshine Coast, which released the survey results today, has reaffirmed transport as a key issue for resolution to support the region’s future growth and economic development.

Late last year it released an integrated transport discussion paper for comment. A survey, which involved 768 people, was conducted between November and March. It was carried out to gauge residents’ attitudes towards transport priorities for the region.

Asked to name the most pressing project to relieve congestion for Sunshine Coast residents, 58.3% nominated the upgrade of the Bruce Highway.

Other projects, in order of priority, were:

RDA Sunshine Coast CEO Darrell Edwards said the survey findings would be used to develop a united voice on the priorities for regional infrastructure funding and construction.
Representatives of all three levels of government met in Maroochydore last week to discuss transport planning to meet the region’s growing needs. They were joined by business leaders and transport experts at a forum organised by RDA Sunshine Coast.

RDA Sunshine Coast committee member Cameron Hall said: “We require a transport system that will meet the needs of the community, foster economic prosperity, and guarantee sustainability into the future.”

Read the full Transport Infrastructure for the Sunshine Coast Report.

The Sunshine Coast community provided responses to a survey on transport infrastructure priorities (closed March 2017). The report was released in June 2017.