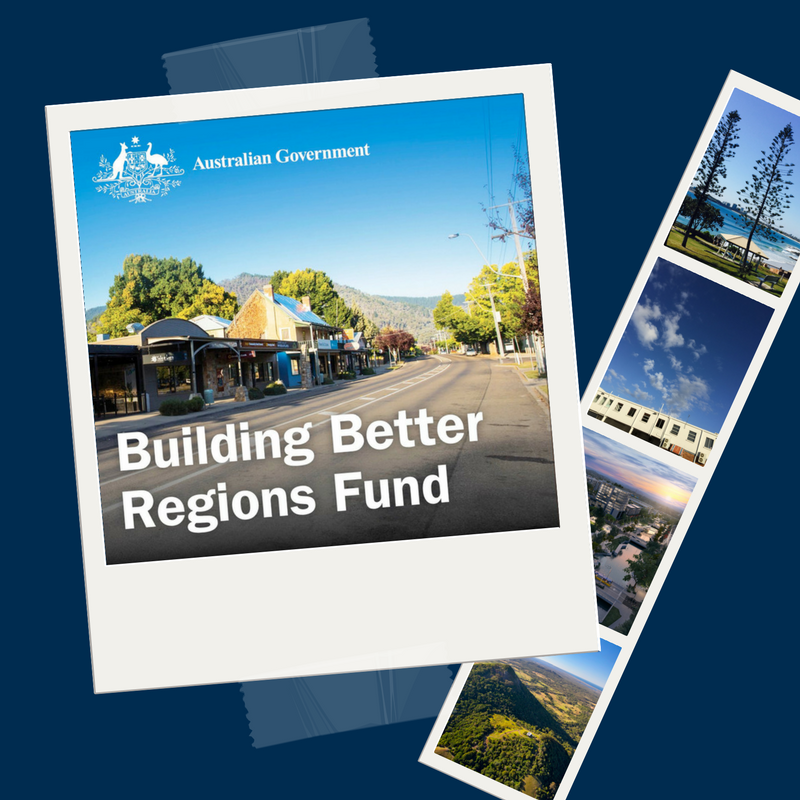 The Hon Dr John McVeigh MP, Minister for Regional Development, Territories and Local Government announced the projects to be funded under the highly competitive program. A total of 136 projects (out of 567 applications) to the value of $208.2 million have been approved for funding under this stream across Australia.

Noosa Council has secured $2,550,179 matched funding towards the Final Stage 3 – Rufous Street Masterplan Development. The Peregian Digital Hub is a catalyst for the growth of IT enterprises in the region with the goal of economic diversification and resilience.

Caloundra Rugby Union Club was awarded $131,000 towards the Caloundra Rugby Club Field Three Lighting Project – which will involve the installation of LED lighting on a part of the Rugby Club field to increase the carrying capacity of the field.

Funding of $231,200 was awarded to Palmwoods Memorial Hall Association towards their Memorial Hall Upgrade Project – to refurbish and upgrade the current Hall building and grounds to increase capacity for increased visitors.

Nambour-based We Help Ourselves was also awarded $256,060 towards the $512,120 construction of their 6-bedroom, self-contained community group home residence.

“One of our core roles is to work with stakeholders to identify economic opportunities for the region, provide information about grant programs and support organisations to develop project proposals to access funding.

“RDA Sunshine Coast is excited to support projects that play such a crucial role in supporting and strengthening the Sunshine Coast community and we are delighted that these important local projects have been recognised and assisted by the BBRF”, said Mr Harman.

“The results reflect the work put into the applications by our community and the support given by our state representatives who wrote letters of support, and our federal representatives, Andrew Wallace, Llew O’Brien and Ted O’Brien who are strong advocates and actively promote the region in Canberra”, said Ms Cashman.

It is anticipated that round three of the BBRF will open for applications prior to the end of 2018.

To see the full list of successful projects and to discover more about the Building Better Regions Fund go to www.business.gov.au/assistance/building-better-regions-fund or contact RDA Sunshine Coast on (07) 5479 6554 or project@rdasunshinecoast.org.au