The Sunshine Coast Regional Innovation Program (#SCRIPT), which fuels the culture of innovation on the Sunshine Coast, has announced an exciting new team for the second half of 2019.
At a recent Open House networking event at the Innovation Centre Sunshine Coast, SCRIPT announced a new Chair, a new Regional Innovation Coordinator (RIC) and farewelled outgoing RIC Coby Sullivan after two years of outstanding service.
Innovation Centre CEO Mark Paddenburg, who’s on the SCRIPT Committee, said there had been a 48 per cent growth in the centre’s ecosystem from 2016 to 2019.
“Something really special is happening here on the Sunshine Coast and the innovators, advisers and support crew are feeding oxygen into the fire, so keep that going,” Mark said.
“It’s my privilege to thank Coby, who’s put her heart and soul into the role, for her work over the last two years.”
SCRIPT’s new Chair is Myles McNamara (pictured), founder of EyeOnIT, which specialises in developing software solutions for government, large multi-nationals and small business.
Outgoing Chair, Anne Lawrence, Head of Industry Development – Economic Development Branch, Sunshine Coast Council, will stay on the committee.
Myles, a long-time local, has offices at Maroochydore, interstate and overseas. He believes the Sunshine Coast is a “paradise for innovation and entrepreneurship”.
“I’ve been in the Chair role for a few weeks and looking at all our programs and some of our successes,” Myles said.
“If you look at where SCRIPT has come from, the work that Anne and the team and the committee and Mark have done has really set us up for the future.
“My job and my objective now is to actually get SCRIPT to the point where we are self-sustaining. We will continue to drive a great corporate strategy with our corporate partners, as well as with our funding partners, with Advanced Queensland and other government agencies.”
Myles announced SCRIPT’s new RIC as local businesswoman, Toni Binstead (pictured below).
Welcome, new SCRIPT team! 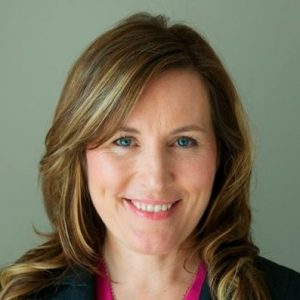