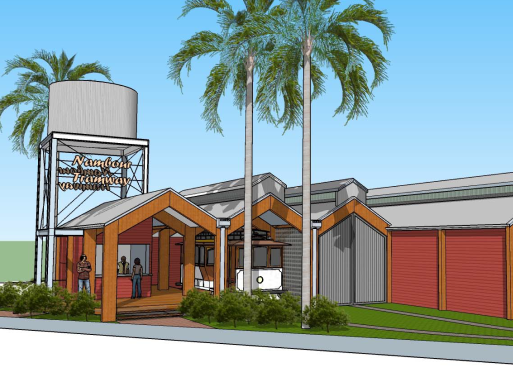 Calling all tram and railway buffs: Did you know Nambour is set to get a world-first, heritage tram by 2021?
The Nambour Heritage Tramway project is moving forward with Sunshine Coast Council approving the allocation of additional funding.
The proposed tram will be a 600mm gauge, solar-powered, electric-battery model.
This means it does not require electric overhead cables, and once operational, is believed to be the only one of its kind in the world running on a heritage rail line.
TNTCo will deliver the tramway works for $2.027 million, including streetscape embellishments.
Council provided a monetary gap of $763,000, while other funding has been contributed by TNTCo ($158,000) and a $500,000 Federal Government grant awarded through the National Stronger Regions Fund.
The project is a key component of the Nambour Activation Plan and will reactivate the heritage-listed tramline through the centre of Nambour, between the Coles Shopping Centre and Aldi, along Mill and Howard streets.
The western terminus building, near the Coles Shopping Centre in Mill St, will also host a visitor information centre.